Jeff A. Hale, Ph.D., is President of Jeff A. Hale Consulting, LLC, providing fundraising assistance for nonprofit organizations and institutions of higher learning across Louisiana and nationally. For more than 25 years, Jeff has worked for or consulted with a wide range of nonprofits, colleges, and universities, raising more than $65 million in philanthropic and other gifts and contracts.

From early 2009 through the spring of 2015, he served as Vice President for Institutional Advancement (and Director of Institutional Advancement) with the Louisiana Endowment for the Humanities, then one of the nation’s largest and most successful statewide humanities organizations, based in New Orleans, where he raised an average of $1 million+ annually in total philanthropic gifts from individuals, corporations, and foundations. He previously (2002 – 2008) served as Assistant Vice Chancellor and Senior Director for Corporate, Foundation, and Research Relations (CFRR) with Louisiana State University (LSU) in Baton Rouge, where he coordinated institutional (multidisciplinary) relations with all types of corporations and foundations and raised in excess of $40 million in total gifts over a six-year period (he managed LSU’s CFRR for Chancellors Mark Emmert, Sean O’Keefe, and William Jenkins). Prior to this, Hale held a variety of leadership positions in institutional advancement/fundraising with the Universities of Maine and New Mexico, The College of Santa Fe, and the Leadership Center of the Americas/Consortium for Service to Latin America.

He established Jeff A. Hale Consulting, LLC in 2015. A few of his clients include the Council for a Better Louisiana, Louisiana Museum Foundation, and Louisiana State Museum. He served as Lead Fundraising Counsel for the first phase of the multi-$million New Orleans Jazz Museum campaign. Prior to 2015, he consulted in diverse areas of institutional advancement and fundraising for nonprofit organizations nationwide, including: The Nature Conservancy (global office in Arlington, VA), the world-famous Columbus [Ohio] Zoo and Aquarium, and Dress for Success New Orleans.

He holds both a Ph.D. and Master’s Degree in History from Louisiana State University in Baton Rouge, as well as a Bachelor’s Degree in History from the University of Southern Maine. He is a member of the Association of Fundraising Professionals (AFP) [both Baton Rouge and New Orleans AFP chapters] and was a longtime member and professional trainer with The Council for Advancement and Support of Education (CASE). He is a 2007 awardee of CASE District IV’s Grand Award for Institutional Relations Projects for his leadership coordinating the launch of the $798 million “Forever LSU” Capital Campaign. 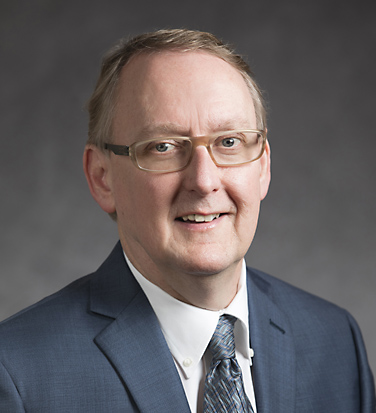 “The greatest use of life is to spend it for something that will outlast it.”